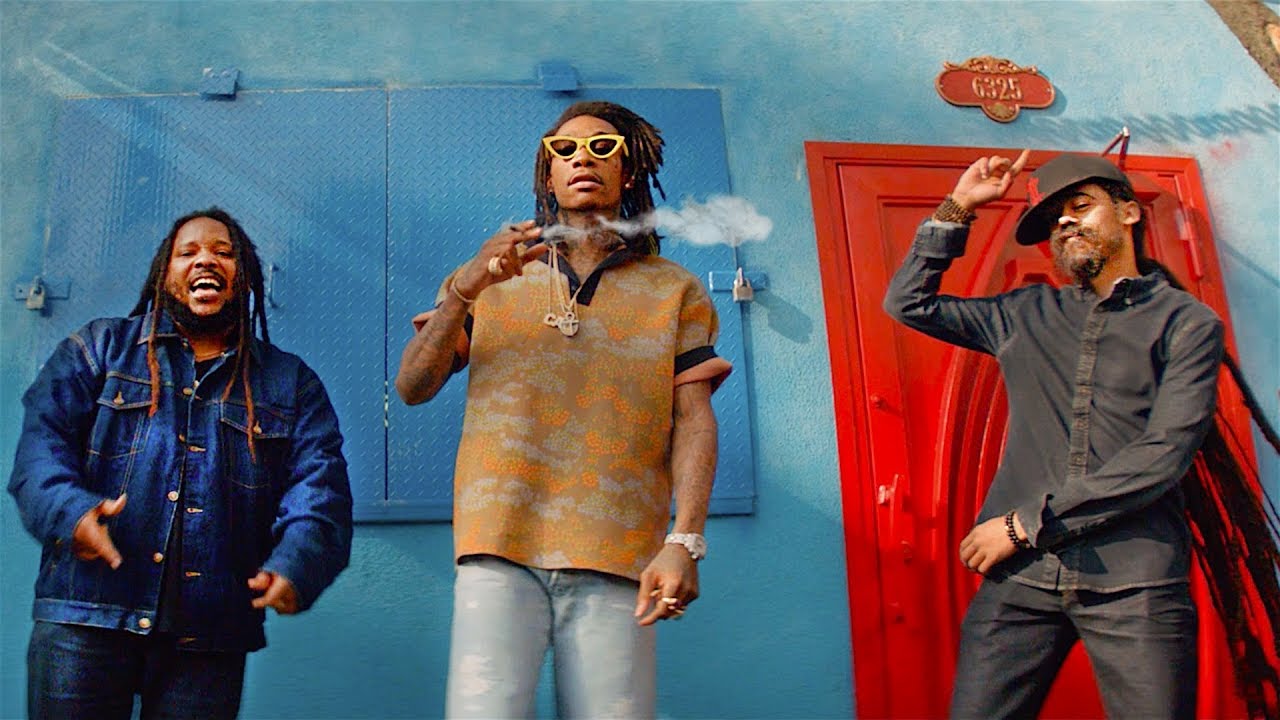 Originally released by Tuff Gong/Republic — on a no more appropriate day than, when else? 4/20 — “Medication” is an ode (and inevitably a new anthem) praising the virtues of cannabis as medicine.

The video opens up with an aerial shot of the iconic Hollywood sign when for a brief moment in time, the 30-year-old artist and merry prankster, Zachary Cole Fernandez, successfully modified the sign to read: Hollyweed.

Stephen Marley’s pitch-perfect Irie chorus warms the soul and is sure to inspire you to head out to Venice, kick back on the beach, and spark a fat spliff.

I fell in love with the sativa
Where you been, nice to meet ya…

I love you Mary Jane!
You’re the prettiest of flowers, girl me can’t complain
When I’m with you I feel so high I rise above the rain
And you no do people damage, like that bitch cocaine, no
And leave them lonely, feeling only pain

Ultimately, we arrive at the third verse featuring Wiz Khalifa where Khalifa romances his long love for Indica.

See I’ve been going crazy ’cause you’ve been on my mind
And something is wrong but to me it’s not a crime
You can take me places, just look at their faces…

You the real deal, I can never fake it
I fell in love with the indica
Ever since I was young I’ve been into ya
Even when you’re almost done, don’t wanna finish ya

With plentiful location shots of Los Angeles and Venice, grow rooms and sticky buds, combined with shots of a diverse array of cannabis enthusiasts — from breakdancers and cyclists to hoopsters and veterans — and a positive message, “Medication” is a tune you’ll no doubt enjoy for a long time. The only thing that might make it (even) better would be a cameo by Snoop.

Get the remix at https://dmar.ly/medicationrmx.
Subscribe to Damian Marley: http://bit.ly/SUBdm

Do not forward these materials to anyone under the legal age.