As one of the most established downtown LA dispensaries, CCC was well acquainted with rapper, entrepreneur and community activist Nipsey Hussle. We counted him as an ally and an inspiration, and we admired his tireless advocacy both for young men of color and for access to safe, clean cannabis.

CCC has been serving Los Angeles since 2006, and we’re incredibly proud to be one of very few downtown LA dispensaries to carry Nipsey Hussle’s personal bud: Marathon OG, a tribute to Hussle’s classic mixtapes produced in collaboration with his partners at the Cure Company. We’re honored and excited to be offering this exclusive strain at our Downtown LA dispensary. We’ll tell you a little bit about Nipsey and Marathon OG, and if you’re a fan of heavy-hitting indicas, it’s guaranteed to be one of this year’s must-try strains.

Who Was Nipsey Hussle?

Sometimes spelled “Nipsey Hu$$le,” the LA rapper was born Ermias Joseph Asghedom to an African-American mother and Eritrean father. After coming up in South Los Angeles’ Crenshaw neighborhood, a trip to his father’s native Eritrea inspired Hussle’s passion for community activism mixed with a healthy dose of entrepreneurship.

In fact, Hussle’s, well, hustle earned him his nickname, a play on that of African-American poet, comedian and dancer Julius “Nipsey” Russell. Russell broke racial barriers in the 1950s and 60s by refusing to play stock roles or employ stereotypical “black” dialect.

Hussle displayed his entrepreneurial spirit from an early age. As a young boy, he reportedly shined shoes to earn money for his school uniform. Later, he sold mixtapes out of the trunk of his car at a strip mall at the intersection of Slauson Avenue and Crenshaw Boulevard.

Nipsey Hussle released his first mixtape, Slauson Boy Volume 1, in 2005. Its success allowed him to win a contract with Epic Records. Soon collaborations with rapper-turned-entrepreneur Snoop Dogg, Drake, Problem and others were bringing him to ever-increasing audiences.

In 2010, Hussle decided not to renew his contract with Epic records, instead electing to release a series of mixtapes on his own terms. Finally, after many delays, his debut album Victory Lap was released in early 2018. Debuting at #4 on the Billboard 200 chart, it cemented Hussle’s status as a lead artist, with multiple songs entering the Billboard Hot 100 charts.

By this point, Hussle’s entrepreneurship was in full bloom. With a laser-like focus on the community he had come up in, Hussle created businesses to serve South Los Angeles and its traditionally underserved communities.

In the space of a few years he inaugurated a co-working space, Vector 90, a clothing store—The Marathon—and a creative and marketing agency, also called “Marathon.” Everything, it seemed, was going his way. Having built a musical and entrepreneurial empire on his own terms, Hussle was contemplating his next move. As he told an interviewer in 2018, “I don’t ever make moves under pressure.”

As many who have come from disadvantaged backgrounds, Hussle found that elements of the life he’d left behind still trailed him. Though Hussle had spent time in street gangs as a youth, he believed he had shut the door on violence and feuds. Tragically, fate had other ideas. On the afternoon of March 31, 2019, an acquaintance of Hussle’s confronted the rapper in the Marathon Clothing parking lot before fatally shooting him.

Hussle’s memorial service was held 12 days later at Los Angeles’ massive Staples Center. In addition to his many friends and family members, condolences were offered by former President Barack Obama and current Los Angeles Mayor Eric Garcetti. Today, Hussle’s dream lives on in the hearts of the many rappers and entrepreneurs he inspired.

What Is Marathon OG?

Nipsey Hussle was nothing if not a connoisseur of cannabis, and before his death he collaborated with the pros at The Cure Company, a local cannabis grower and processor using state-of-the-art technologies and facilities to produce unparalleled medical-grade cannabis products.

That’s the spirit that inspired Cure Company’s collaboration with Nipsey Hussle, Marathon OG. A tribute to the mixtapes that first put Hussle on the map, Marathon OG is derived from OG Kush, perhaps the classic indica strain.

Dense, fragrant and weighty, Marathon OG delivers an unbelievably earthy and spicy-lemon hit. You’ll likely experience a minute or two of blissful awareness before a thunderous body high takes over, swamping all your senses with a heavy and long-lasting high. Fans describe it as hitting “like a heavyweight fighter who’s been training for the fight of his life” and a near-perfect classic OG.

CCC is excited to be offering Marathon OG at our downtown LA dispensary. It’s a fitting tribute to our late friend and inspiration, and we’re honored to offer it to you. 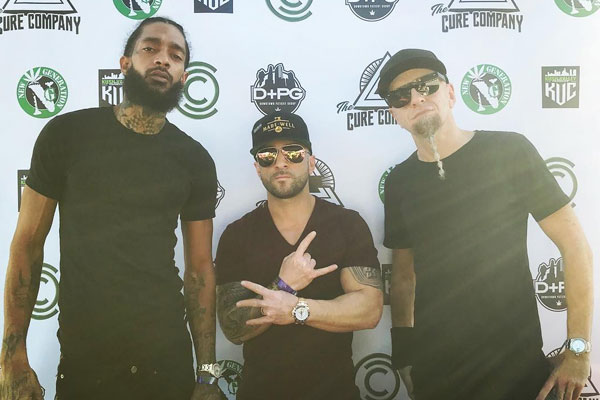 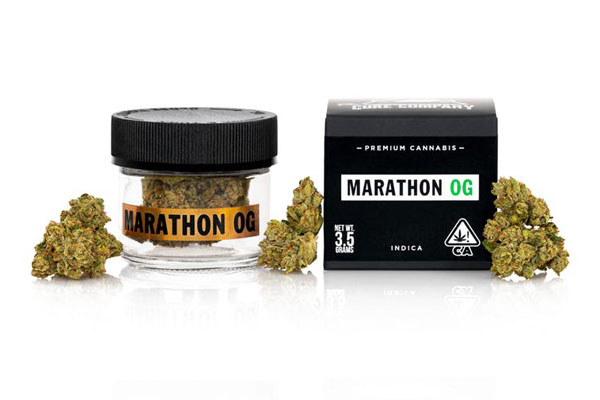 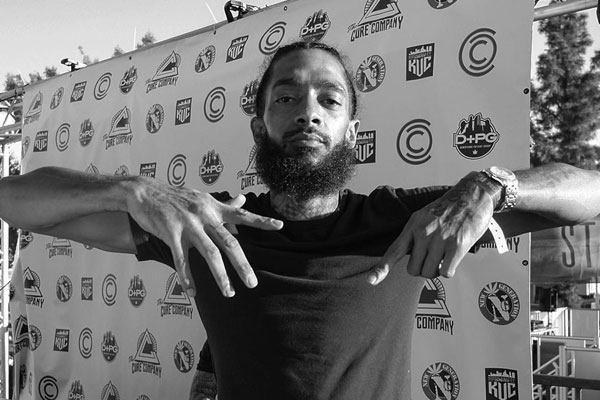